Canada’s western province of Alberta has long been synonymous with oil and gas. At its heart are the nation’s oil sands, the most carbon-intensive oil developments in the world.

Yet while Alberta’s oil producers are stalling growth plans and slashing spending amid low oil prices and market uncertainty due to Covid-19, market-watchers are optimistic that the province’s energy sources above ground, rather than beneath the surface, will expand in the coming years.

A new Rystad Energy analysis of more than 500 wind and solar photovoltaic projects that are either under development or currently operating anticipates Alberta will become Canada’s largest producer of wind power by 2025. It is also expected to be the largest solar producer, says Felix Tan, senior analyst, renewable energy at the consultancy.

Alberta’s expected move to overtake Ontario – the province with the most wind-power capacity in Canada today – and Quebec, which ranks second, is achievable because of its vast wind resource, government support for private electricity projects and a deregulated market that encourages investment, a spokesperson for the western province tells Upstream.

Want to get to Net-Zero? We’ll need lots of wind, solar and storage! 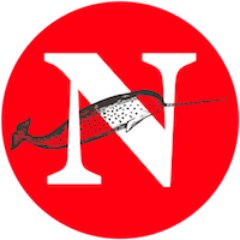 3.4 Million Homes in Canada Already Use Only Wind Generated Power